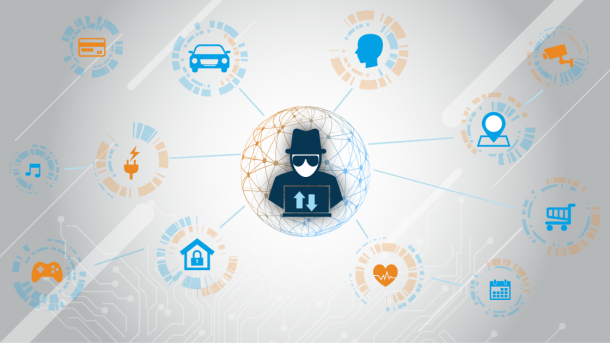 The internet of things (IoT) is all about a technology that permit devices to connect and exchange data
with each other through the usage of the internet. The devices might be anything from a child’s toy to
that of the microwave in your kitchen or even alarm in your car. The concept of IoT begun as an
unplanned idea back in the late 20th century, but has now turned out to be the future of the very
livelihood. This is primarily due to the notable technological advancements and fast-growing consumer
adaptability.

the importance of IoT- internet of things is on the constant rise. You can find devices attached because
of IoT. Now, since everywhere you can see the impact of IoT, it is crucial that it is safe. Businesses and
organizations are growingly relying on IoT devices to enhance the productivity and safety, and the
outcomes are overwhelmingly positive. However, it’s necessary for these businesses to evade becoming
complacent when talking about securing IoT devices.

You know just a single unsecured device can create a gateway into the network or the organization and
cyber attackers can then have free reign to sabotage operations, steal confidential information, create
havoc, and harm the business irrecoverably. Here, one of the chief security risks to be aware when
talking about with IoT devices and networks is that some manufacturers don’t really take device security
seriously and inclined not to include some basic security functions. It’s hence mandatory for users to buy
and implement a powerful measure to guard their IoT devices. After all, iot security is the base today
and it cannot be overlooked.

Actually, guarding the IoT devices does not need to be overly complicated or costly. It is just a matter of
including the IoT devices in the overall security posture of an organization , which should already
encompass the capability to detect IoT devices on their network, the dangers linked to them and
segmenting access and communication to them. The users must never leave IoT devices with the
factory-installed username and that of password; they should always assign fresh set of and unique
usernames and passwords to new devices.

The potential for internet of things implementation is immeasurable. IoT is probable to head to
increased efficiency and productivity, reduced crime rates as well as any sort of accidents resulting from
human error. However, the achievement of IoT implementation at global levels is under continuous
threat from breach of privacy and data security.

Data Is More Worthy Than Anything

IoT technology has been embraced in different sectors. Governments have adopted the extensive use of
IoT devices in their agency operations like that of the use of military drones while hospitals and other
medical centers use IoT devices to offer top-notch healthcare services. Such IoT devices are there to
share such data with other devices across diverse sectors. Take the smart car business, as an example?
Smart car manufacturers form up them with the ability to capture data that is meant for car-to-car
communication, traffic compliance and even that of smart parking services. Car insurance companies
could even have interest in such data when deciding whether the policy holder can claim any
compensation in case of an accident.

IoT technology is still in its developing stages. Smartphones and computers have been there for a long
time; hence, manufacturers and software developers have had much time to address the vulnerabilities
associated with their data breach. IoT devices, on the other hand, serve varied purposes and have

diverse capabilities. Take the development of a simple baby monitor, as an example . Manufacturers still
face challenges like lack of sufficient hardware that is robust enough to analyze and encrypt data yet
tiny enough to fit inside the limited space. Hackers can easily access your home Wi-Fi network via such
unsecured devices and use the chance to supervise your home surveillance camera to commit a crime.
Other than this, IoT manufacturers ground their programming protocols on their host’s ecosystem like
that of Google, Apple and even Amazon. The lack of synchronism across platforms restricts the overall
ability of developers to create a universal security protocol. This, in turn, gives hackers multiple
platforms from which they can easily and effectively breach the devices and steal data worth billions.
Thehuge amount of data shared across diverse IoT devices makes these devices a proper target for
hackers, fraudsters and even other unethical users that are interested in such data. In case such a data
falls in the wrong hands, it might even compromise the whole companies and government agencies.

Well, the main and eventual goal of adopting IoT devices across manifold sectors is to form up a wholly
integrated smart city. With this integration, any type of device that gets used in a manufacturing
industry can link up to another being used by government agencies, that of medical healthcare
providers, businesses or even your home network. However, the law is actually yet to develop privacy
protection laws that encompass all vulnerabilities across the different sectors. Hackers indeed, go on to
exploit such a loophole leading to the loss of revenue already capitalized into the venture.

Now, if you want that your devices and all the IoT tools in your business are safe and guarded, make
sure that your employees are informed. They should know that IoT has its security side too. If you are
using any tools to protect the IoT, it is your responsibility to ensure that your staff is capable to operate
it and handle it. You need to train them and make them aware of IoT concerns. Once they know that it
could be a big threat, they would definitely show interest in understanding the importance of IoT
security.

To sum up, to ensure the security of IoT you can discuss your ideas with Appsealing and ensure that you
have the perfect solutions in your business. Once there are proper IoT safety solutions, you would not
need to panic about anything.