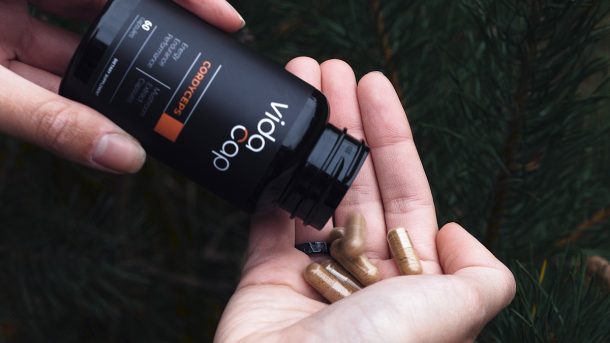 Cordyceps are highly unique in the fungi world. From the way this species grows to its distinct therapeutic properties, everything about cordyceps mushrooms sets it apart from other medicinal fungi.

There are more than 400 species of cordyceps, of which two, Cordyceps sinensis and Cordyceps militaris, have garnered considerable attention from the medical community. Both species have become the focus of health research.

Cordyceps capsules by Vidacap.com offer an easy and convenient way to reap the benefits of cordyceps mushrooms. You can swallow these capsules with a sip of water as you would take other pills.

Read on for a deep delve into what cordyceps mushrooms are and their benefits.

What Are Cordyceps Mushrooms?

Cordyceps are parasitic fungi that naturally grow on insect larva. They don’t grow like other mushrooms; instead, the fungi take over the host’s brain (usually caterpillars or other insects).

Basically, the fungus infects the living host’s brain and replaces its tissue with long, slender stems that grow outside its body. In Traditional Chinese Medicine (TCM), the remains of the fungi and host are collected and dried and have been used for centuries to combat illness, improve stamina, and increase longevity.

Cordyceps are found all around the world but are most common in Asia, with the highest density of species found in tropical rainforests. It’s especially common to find cordyceps growing on certain caterpillars in the high mountain regions of China.

Since these insect-devouring mushrooms are rare and very expensive, Cordyceps militaris have been developed for cultivation. These strains are commonly grown in a lab and fed a barley substrate, then harvested. Cordyceps militaris has similar benefits to the wild variety but are easier to grow and more favorable to your wallet.

It’s extremely unlikely that you will find cordyceps mushrooms supplements made from Cordyceps sinensis. Most use Cordyceps militaris.

Once Cordyceps militaris has been cultivated in a lab, it goes through further processing to craft easy-to-use supplements, such as capsules.

What Are the Benefits of Cordyceps Mushrooms?

Cordyceps is an interesting and powerful medicinal mushroom that can improve our well-being in several different ways.

Below, we explore the most common potential benefits of cordyceps mushrooms.

Cordyceps mushrooms are well-known for promoting healthy energy levels. Moreover, the mushroom supports stamina and may improve athletic performance by increasing levels of ATP (adenosine triphosphate) in the body. ATP is a compound that improves oxygen use.

Animal studies suggest that cordyceps may improve oxygen capacity – the availability of oxygen in the blood – which may improve muscle function and endurance.

Research demonstrates cordyceps ability to increase blood flow to the liver. Plus, non-exercising skeletal muscle may aid lactate clearance, allowing a higher intensity of exercise to be maintained without fatigue.

As part of a cordyceps study, elderly people who suffered extreme fatigue were administered a cordyceps extract for 30 days. The study reported increased energy and vitality and improved self-esteem after the 30 days.

The antioxidant content means that cordyceps possess anti-aging potential. By neutralizing free radicals, antioxidants reduce the risk of certain diseases and help counteract factors that contribute to aging, such as UV rays and air pollution.

Like other medicinal mushrooms, cordyceps are chock full of beta-glucans – potent polysaccharides often cited to modulate the immune system and help you fight disease and illness.

But cordyceps’ immune-support potential extends beyond that, down to your gut. The mushroom’s prebiotic fiber content supports the digestive system and promotes a healthy gut flora. This is significant because immune health and gut health are interlinked. If your gut isn’t in optimal health, immunity takes a knock.

Cordyceps mushrooms are most common among athletes and others keen on improving exercise performance. However, it’s important to understand that most scientific tests to date have been done on animal models or in test tubes. Therefore, it’s unclear just how effective cordyceps mushrooms are for humans. Nonetheless, the research is promising.

If nothing else, cordyceps are a great addition to general health and wellness. The mushroom is packed with beneficial compounds that provide immune support and may help improve overall wellbeing.

Cordyceps benefits are similar whether consumed fresh or in supplement form, such as capsules. Capsules simply provide an easy and hassle-free way to take the mushroom.