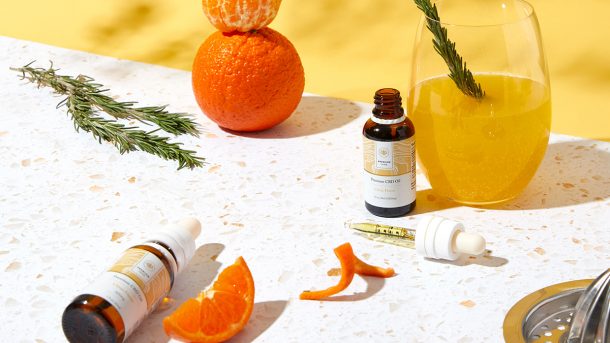 With CBD’s popularity only growing, people are getting inventive with the way they take it. CBD oil is one of the most common ways to ingest the compound since it is so simple and effective, but some users complain of the earthy, raw CBD oil flavor. So, what can be done about it?

Here’s a news flash: CBD coffee is taking the world by storm. Never heard of CBD coffee? Well, we aren’t surprised, as it’s not exactly being sold at Starbucks (yet!).

That said, with the potential benefits of CBD beginning to sweep the nation, we aren’t surprised that CBD-aficionados have found a way to blend together two magnificent compounds to make this wonderful concoction.

In this article, we take a look at CBD coffee in more detail, and discuss some of the undeniable “perks” that it can offer. First, though, what actually is CBD for those of you that don’t know?

You might already have heard of CBD, as it is certainly making headlines! Cannabidiol (the scientific name for the compound) can be found in the cannabis plant. It is one of a number of compounds found here that are known collectively as cannabinoids.

The fact that CBD comes from cannabis might scare some people, as this plant is associated with the ‘high’ that comes with smoking marijuana. However, this intoxicating experience comes from another cannabinoid called THC, meaning that CBD alone will not cause psychoactive effects. In short, you can take CBD safely without getting high — at all.

Many studies have been conducted into the potential benefits of CBD, with many more currently in the works. It is quite difficult to get permits for this kind of research due to the restrictions surrounding the plant itself, but scientists are making slow and steady progress in uncovering all the secrets of CBD.

So far, the results have been quite encouraging, suggesting that CBD could have a range of potential advantages for a number of people. Although nothing is concrete yet, many people are turning to CBD as a means of promoting their general wellbeing. A lot of anecdotal evidence suggests that CBD could relieve pain and stress, as well as regulating an array of other bodily functions.

With the market for cannabidiol growing, it’s no surprise that new products are coming to light. And that includes CBD coffee.

CBD & Coffee: A match made in heaven?

Coffee is obviously consumed widely throughout the world, with most Americans starting off their day with a good cup of Joe. Whether you grab a Dunkin’ Donuts on the way to work or whether the first thing you do in the morning is brew your own cup, coffee is an essential staple of the American working day.

According to the FDA, in fact, about 80% of American adults take some form of caffeine every day. But what is it about this substance that makes us want it so much? Caffeine doesn’t actually have much nutritional value or taste, meaning that by itself we probably wouldn’t care about it very much. But caffeine provides us with that all-needed energy boost to get us through the day. And not only is it a good stimulant, but it also enhances our pleasure receptors, meaning that the cup of coffee with two teaspoons of sugar just tastes that much better.

The benefits of CBD-infused coffee

CBD has been suggested to have a number of positive effects on your health. For example, it has been said to help relieve pain and inflammation as well as regulate mood and emotion, among other things. So, since both CBD and coffee appear to have positive effects all on their own, then surely they would have the same – or even better – effects when combined?

A study by Nazario et al. revealed some of the synergistic effects of CBD and caffeine together. The study was conducted on zebra fish, which show similar responses to CBD as other animal models. Since CBD can induce memory loss in zebra fish in a high dosage, which is obviously an undesired side effect (although it has been proposed that lower doses of CBD are more effective in humans anyway), the study found that caffeine protected against this memory loss, suggesting that it could be useful when added to CBD therapies.

Another great benefit is that CBD seems to be able to relieve symptoms of anxiety. A study carried out at the Federal University of Rio de Janeiro found that CBD displays anxiolytic-like effects, meaning that it relieves some feelings of anxiety. In some people, caffeine can cause feelings of anxiety and paranoia. The findings by studies such as the above suggest that CBD might be able to counteract this feeling.

Furthermore, CBD is sometimes used in low doses as an energizer, meaning that the effects are only multiplied when this compound is added to your morning coffee. If you drink coffee for a boost, then CBD could be a great option for you!

Finally, both coffee and CBD are antioxidant superfoods, meaning that both of them are amazing for general health. Antioxidants help the immune system, skin health, and can promote wellbeing in terms of memory problems and mood disorders. In other words, antioxidants are essential for keeping us ticking.

Is it safe to add CBD to caffeine?

Currently, there are no studies nor concrete evidence to definitively say that CBD and caffeine don’t have negative side effects when combined. However, in statements made by the World Health Organization (WHO), CBD has been found to have no adverse side effects. Commonly, people who take CBD notice things such as dry mouth or nausea, but these are easily fixed and do not pose long-term threats to our health.

Caffeine can have worse long-term side effects, and it can even be addictive. It can be harmful to drink too much coffee too regularly (which a worrying number of us might be guilty of), but many people tend to ignore the health warnings and drink it anyway. As long as you drink your coffee in moderation, coffee is probably nothing to worry about.

Since CBD and coffee are generally safe for human consumption, you likely won’t experience any negative side effects at all. People who have been using CBD coffee for a while now say that they have only noticed positive effects, which is fantastic news if you want to give it a “shot” (no pun intended).

How to add CBD to coffee

There are multiple ways to add CBD to coffee – it might be surprising, but you’re a little spoiled for choice! Let’s take a look at some of the methods.

While this is a great option, you do need to make sure that the sugar was made from CBD extracted from industrial hemp rather than marijuana, which is still federally illegal. Also, always remember to check your state’s laws before buying cannabis-infused products. If it’s sold at your local dispensary, though, then you’re pretty much good to go.

That’s right, cannamilk also exists. Nowadays, you can buy plenty of milk substitutes including vegan options and nut varieties. Another milk variety that has hit the shelves is cannabis milk, which is essentially milk infused with cannabinoids.

Once again, it is important to check state laws to see whether you can buy whole-plant products. Furthermore, don’t get tricked into buying hempseed milk, as this contains no CBD and won’t make much difference to you at all.

It’s no secret that chocolate and coffee go wonderfully together – mocha latte, anyone? Well, with plenty of CBD-infused edibles on the market, it’s easy to get your hands on some delicious CBD chocolates. Try adding a few squares to your morning cup to get a yummy CBD hit with your daily drink.

Be careful, though: these treats can be very sugary and unhealthy, and you don’t want to go overboard and start eating a whole chocolate bar with every cup of coffee you drink!

With CBD oil possessing quite an acquired taste, coffee could be the solution. Simply add a few drops to your cup and stir, and you can drink it down with ease. Note, however, that oils are not soluble in liquid, so it might not be the nicest tasting drink in the world.

As an alternative, you could take the oil sublingually (under the tongue) and wash it down with your coffee to get rid of the taste. Both options are very simple, and could help you to get both caffeine and CBD as soon as you wake up.

Where to buy CBD-infused coffee

If you don’t fancy making your own CBD coffee with by adding in a high-quality CBD tincture, you can actually buy it online. It is very expensive, though, with eight ounces costing around forty dollars. If you really want to buy it, then this might be worth it.

One reputable seller is the SteepFuze roasting company, based in Colorado, which started up back in 2013. We suggest starting here if you want to try out some quality CBD coffee, although there are other sellers online.

You can also buy cannabis coffee in person, although this requires living in a state where cannabis has been legalized and which has dispensaries. If this is the case, then lucky you! Head down to your local dispensary and simply inquire about cannacoffee.

Cannabis coffee is a growing market. As crazy as it sounds, this drink could be the perfect morning pick-me-up for those wanting an energy boost with some added health benefits.

Although there is nothing concrete on the subject of CBD coffee, it seems that there could be some great advantages of adding CBD to your drink. With little in the way of side effects, there’s no reason not to give it a try!