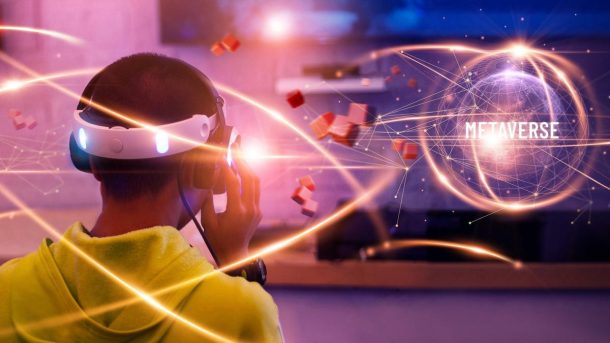 The gaming sector has become one of the most successful industries worldwide. Now it has expanded to encompass not just eSports, and virtual games but as well as mobile games, game console titles, and many other options which are suitable for all kinds of gamers.

Currently, there are over 2 billion gamers on a global scale, and we expect the number to continue to increase in the future. Thanks to technological innovations, there were multiple opportunities for the gaming market to expand further and provide a better gaming experience that is personalized to the preferences of gamers.

That being said, we cannot single out one technological trend that hasn’t impacted the gaming sector. Instead, we have chosen the most important technological innovations which redefined the landscape of the gaming industry.

The introduction of the smartphone completely redefined the entertainment sector, including gaming, and it paved the way for an entirely new aspect of playing mobile games from your mobile devices.

There is a surge of mobile games on the market thanks to the enhanced capabilities of mobile devices, the option to play games free of charge or very affordable mobile games, and the opportunity to play any game conveniently on the move.

In the past, before the development of mobile gaming, gaming, in general, was considered a hobby that was expensive for someone that needed to invest in appropriate gaming gear or a good computer.

But, with the improved capabilities of mobile devices and the fast production of mobile games for both Apple and Android smartphones, there was a surge in the number of mobile games in a completely new gaming sector, which appealed not only to gamers but also casual users as well. As a result, there are different genres and subgenres that have become popular for smartphones.

For example, you can easily find mobile versions of popular game console titles and video games or enjoy a relaxing video gaming session with hyper-casual games, puzzles, idle games, and many other options. Among the popular options are casino sites that have also become quite popular on mobile devices.

If you are interested in online casinos, then you can try your luck with real money casino games from your smartphone’s browser. In fact, most online casinos have mobile-friendly casino sites that allow you to play any casino game of your choice from your smartphone whenever it’s convenient for you. In addition to that, a lot of iGaming providers have optimized their gaming portfolio for mobile gaming.

Virtual Reality technology was initially designed for gaming. But early on, the VR headsets were not powerful enough in order to create a fully realistic and immersive gaming experience. At that time, VR gaming didn’t have enough options to take off. However, the gaming landscape has significantly changed ever since, and there are many high-tech companies that have developed great VR headsets that are able to offer a powerful VR gaming experience that virtually transports the gamers in an interactive 3D.

There’s also an increase in the number of VR games that you can play with your VR headsets, so it’s safe to say that we’re gaming is the future of gaming since it fully immerses the gamer and offers a unique gaming experience that cannot be replicated to compared from the gaming from any other devices including mobile and desktop devices.

Even though cryptocurrencies are not widely used for gaming, they have become part of the gaming sector because users are able to quickly and safely make in-app purchases, for example, or online payments, without entering their sensitive details on gaming platforms. They offer better security, anonymity, fast processing times, and lower processing fees.

However, this sector is still not popular enough, but we expect it to change with the introduction of AR glasses and other AR wearable devices, which would make it easier for more gamers to enjoy AR titles. Basically, by playing AR games, you have an opportunity to have an interactive gaming experience with 3D elements in your real environment.