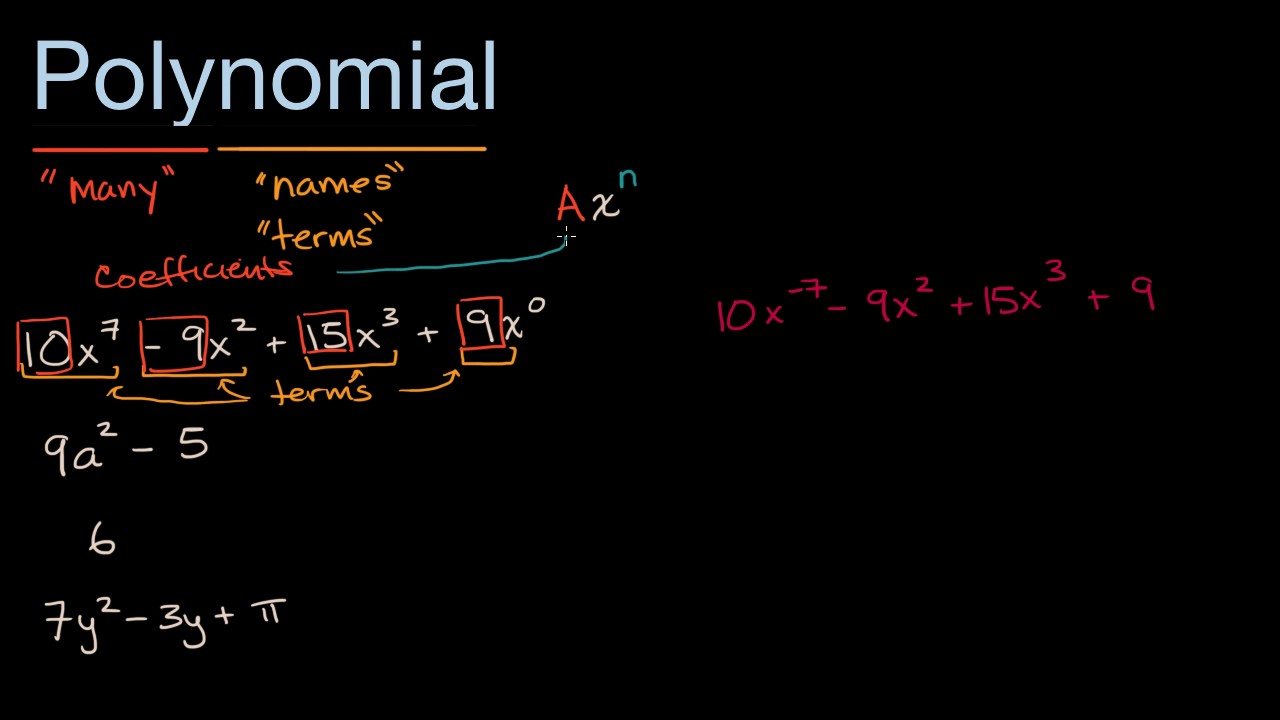 Mathematics as a subject is composed of various sub-branches like geometry, algebra, arithmetic, etc. In every topic related to mathematics, there is something new to learn about. Also, different topics are applied and used in different fields. The application of mathematics is seen in day-to-day life.

Mathematics is one of the most interesting and popular subjects in the world. The origin of mathematics took place with the discovery of numbers from 1 to 9. Mathematics as a subject helps people to calculate and formulate important information.

Even in our academic curriculum, the most important subject which is an integral part of different fields is Mathematics. This subject is very interesting if one pays attention to it and practices all kinds of problems otherwise it can be a nightmare. One of the important topics taught under algebra in mathematics is polynomials. There are different degree of polynomials that are taught in the topic of polynomials. There are a lot of uses of algebra in the daily lives of people.

Polynomials- an important topic of algebra:

Though every topic that is taught in mathematics has its significance, algebra is one of the most important among them. The polynomials are taught under algebra. With the help of polynomials, calculations are made easier. It is regarded as an important topic of algebra that Is taught in schools. Polynomials are a part of both the secondary and higher education of a student. Thus students must know and learn about polynomials. Some of the important points regarding polynomials are as follows:

Definition: Algebraic expressions consisting of coefficients and variables are known as polynomials. Polynomials can be added, subtracted, multiplied, and can also be divided. It is derived from the Greek word poly which means many and nomials which mean terms. Generally, polynomials have many terms but they are definite in number.

1. Monomials: The expression which comprises only one term is known as monomials. The condition for a monomial is that the term that is present is a non-zero constant or variable. Some of the examples of a monomial are 3x, 5, 4x, or -6xy.

2. Binomial: The algebraic expression that consists of two terms is known as binomials. The binomial can be termed as the difference or sum of monomials. Some of the examples of binomials are 5x – 3, 6y – 4, etc.

3. Trinomial: The algebraic expression which consists of three terms is popularly known as trinomial. Some of the examples of trinomials are 8x – 3y + 6, 4x -7x + 9.

Now it is very easy for students to learn mathematics. Many courses based on mathematical concepts are now available both online and offline. Students can learn about polynomials with the help of an internet connection in the comfort of their homes. Now all the information related to polynomials is available on the internet. Technology has proved to be a blessing in the lives of students. Many online platforms now systematically teach different topics of mathematics. Cuemath is one such online math learning platform that has a complete course related to mathematical problems. Students can easily learn and solve questions with their courses. Learning mathematics online is fun and time-saving.